You know what’s totally WILD at heart besides th

Comfy style and coffee are a MUST for all this sch

Welcome to the future ✨🚀 #sponsored We are ge

Prepping for that Pre-K homeschoolin’ thanks to

Anyone else battle with pet food when it comes to

You have to have at least one photo wearing white

So much to be excited about when it comes to the @

As a mother, we experience so many, MANY different emotions. There is the emotion of complete happiness and joy when we look at those beautiful children that we can call ours. There are the moments of fear, like when we are in Target and our youngest has decided to play hide and seek in the Women’s Clothing section..ugh! There are moments of laughter. I absolutely love these times of laughter! My daughter said the funniest thing the other day. We were watching, well my husband was watching, golf and my oldest overheard the commentator say ‘and he will have a tee time later today…’ My daughter translated this into her own terms and says ‘That is so funny that he is going to have ‘tea’ time!’

The moments of frustration are far too many at times, with the fighting among siblings to the complete disregard in all things we have asked them to do (or not do!)

‘Will you please quit hitting your sister!’ ‘Stop playing in the toilet!!’

Then the moments that we don’t want to exist, sadness and grief. I most certainly can live without these. All of us have had our fair share of emotions along this ride of motherhood. I believe it even starts before those children are brought into this world. I remember being anxious during pregnancy. I couldn’t wait to get to the next prenatal appointment to make sure my little peanut was still doing good.

If you have read my post about my son and his autism,  Don’t Be Afraid of the A Word , you will see a part of my life where fear and joy was interchangeable. This fear decided to pop up again the week of the 4th of July. On the 4th, my son started running fever. This came out of no where. We were able to manage his fever and he was finally fever-free by Wednesday afternoon. Thursday came, and we thought we were good to go. Nope. Late Thursday afternoon, Brady started screaming about his head ‘being hot’. I explained to him that he wasn’t running fever any more and that he shouldn’t feel hot. Now, we were not running around outside during this time. He was sitting on the couch. He persisted to tell me his head was really hot. He got up off the couch and got ‘sick’ all over the floor. I managed to get him straight for about 20 minutes. Then it happened again. He was sitting on the couch and started screaming about his head. I reminded myself that Brady isn’t like other almost 5 year old. He is still learning how to describe things and how he actually feels. His ‘head hot’ actually meant his head was hurting. I walked him back to the bathroom in case he repeated what he had done earlier, in which he did. After this time though, he started rolling his eyes back and acted like he was going to pass out. My mommy instinct told me something wasn’t right.

We brought him to the ER. As the Pediatric ER doctor is evaluating him, Brady begins to zone out, staring spell to be exact. The doctor keeps saying ‘Brady, Brady…’until Brady finally responds, as if he had fallen asleep temporarily. The doctor then tells us something I had never heard before…absence seizures. Brady was possibly having seizures during these ‘staring spells’ and we would need to get an EEG done. Wait. Brady could be having seizures?

Where did this come from? After being told Brady was on the higher end of the autism spectrum, we have always assumed the ‘blanking out’ or ‘staring spells’ was just a part of it. Now to find out he was having seizures this entire time? As a parent, your mind starts racing for answers and questioning every choice you have made. Should we have been paying more attention and not assuming? The headaches he was having had gone away by the time we got to the ER and the doctor believed it was connected to the virus he had earlier in the week. As crazy as it may sound, the virus and headaches Brady had that week were blessings. Blessings. If it weren’t for them, we would have never known about these absence seizures. The pediatric ER doctor was a blessing for paying such great attention to Brady.

We were sent home with orders to get an EEG and to see a neurologist. Let the waiting begin, which is VERY difficult for me. God is constantly teaching me to wait. Two weeks later we have the EEG and this past Thursday we met with the neurologist to go over the EEG results. What the ER doctor had seen was accurate. Brady was having seizures. The neurologist believes he has been having seizures for a while now and could also be the reason for his speech delay. Our next move was to get him on an anti-seizure medication as well as schedule him for a MRI (which will be over the next 1-2 months due to scheduling). As the weekend is coming to an end, I have had a chance to let everything settle in. All those emotions I described earlier whooshed right in…fear, joy, sadness, and frustration. Isn’t motherhood just a crazy ride or what?! Nothing else in this world can do this to me like my children. I reminded myself of this, God is so good. One of my favorite songs is humming in the back of my head ‘God is so good…God is so good. God is so good, He’s so good to me…’ Oh how true is this?! I am very blessed for these emotions. I am not only able to be a mother, but God will always take care of His children.

Here’s to a good week and all the emotions that will come with it! 🙂

**I will keep you all updated along our journey❤️**

How to Make Elephant Toothpaste 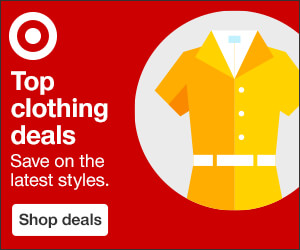